The Demonic King Chases His Wife: The Rebellious Good-for-nothing Miss

Description
She, renowned assassin of the 21st century, actually crossed over to become Su Manor’s most useless good-for-nothing Fourth Miss. He, the Empire’s imperial highness, Prince Jin, was an emotionless overbearing demonic tyrant with unrivaled talent. Everyone knew that she was a idiotic good-for-nothing and bullied her as they pleased. But only he, the overbearing tyrant with the discerning eye, just wouldn’t let go even if his life depended on it. For the time being, let’s see how the clash of stubborn versus stubborn plays out in this good show of the chaser and the chased.

This novel will be picked up and continued at the beginning of June by another translator. Please be patience as the new translator is busy with her Final Exams and projects. New announcement will be made on MBC Discord. 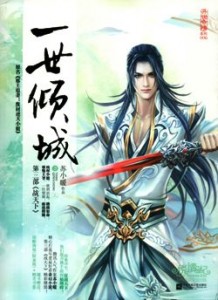 200 Responses to The Demonic King Chases His Wife: The Rebellious Good-for-nothing Miss

This site uses Akismet to reduce spam. Learn how your comment data is processed.

By continuing to use the site, you agree to the use of cookies. more information