Capturing – Making a character fall in love with yours, usually = maxing the ‘love meter’.

CG – The borrowed word Japanese uses is actually ‘still’, but I’m using the English community’s term for the translation, which is CG. Acronym for Computer Graphics.  Some CGs can only be ‘unlocked’ after the completion of certain tasks, or by filling up the ‘love meter’, etc. CGs often feature special moments or turning points in the game. (eg. Person A kneels down and proposes to you). Certain games may have a gallery where you can view all the ‘unlocked’ CGs.

Encounter rate – Many otoges include different areas that you can visit (eg. gym, science lab, library). The chances of meeting characters in the different areas varies (eg. you’re more likely to meet the mad scientist in the science lab than the gym). The ‘love meter’, location you visit and various factors may affect how often you’ll “bump” into the character. Think Pokémon.

Ending – Usually determined by the amount of affection the capturable characters have for you. Hence the choices you make and actions you take will affect the ending you get. A low amount of affection usually gives you a bad ending and vice versa. Common types: Bad, Normal, Happy, True, Hidden.

Game Revision/Correction – Hosei 補正. Something like plot armour. A term that’s prevalent in otome game-related web novels. It’s referring to how certain things that realistically won’t happen, happens in the game due to the ‘world’/system’s revision. It could be to increase the encounter rate, to aid in starting an event, to return the flow of the storyline back to what it’s originally supposed to be, etc. (eg. Person A intervened so that Heroine won’t meet Capturable Character. But despite A’s efforts, Heroine still meets CC due to a series of events, “coincidences” that realistically won’t happen. This could be due to the game’s ‘revision’.)

Otome game – lit. maiden/girl game. Story-based games targeted at female audiences. To ‘clear’ the game usually requires you to obtain the affections of one or more of the capturable characters and achieve the ending. (eg. Person A proposes to Player during graduation)

Route – Capturing a character usually requires one to go through a predetermined set of actions or choices to raise his/her ‘love meter’. Typically there’s events in the game which will give you chances to do so (eg. give him chocolates on Valentine). Hence when you “aim” for a certain character, it’s said that you’re on his/her ‘route’. 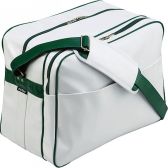 Moe sleeves 萌え袖 – Sleeves are longer than usual, going beyond the wrist, giving a moe feel. 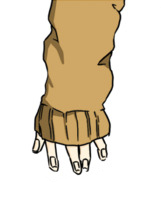 Cheat チート – In RKO’s case, having abilities so unfairly far above the norm that it seems unbelievable, like a ‘fraud’. As if the person ‘cheated’ somehow.

Seiza 正座: Traditional Japanese way of sitting down. Both legs folded beneath you and putting your weight on them.

*Images belong to their respective owners, only using for clarification purposes.

This site uses Akismet to reduce spam. Learn how your comment data is processed.

By continuing to use the site, you agree to the use of cookies. more information